Since the 1980’s, Fergus Lyons paintings  have chronicled & narrated historical  milestones and life events, both past & present. Here are a few….

Commissions:-
Over the years Fergus has engaged with many commissions. Usually, an opportunity to work with interesting people and to use new subject matter.

2020-2021:  At present working on a large multi-generational portrait of Lug Lamfhada & his extensive tribe. Set in the dimension that exists between Frankfurt and Maynooth.

Circular Perspective: His first commission was a large painting for a ceiling in a library area in a house in Frankfurt. He used Irish imagery – cairns, horses, people and landscape in a dream like way. The ceiling painting was commissioned by a famous lawyer/collector in Frankfurt through the Kilcock Art Gallery.

Building Bridges: Commissioned by Westmeath County Council during the period when the by-pass was being built., Fergus went on site as the new bridge, over the Shannon, was under construction. The images are of the workmen and the environment in which they worked with girders, steel bolts and all sorts of construction materials.  The set of six large paintings mirror the system of construction from one bank to the other. These paintings are now hanging in the foyer of the Civic Centre in Athlone. They would be likened to the paintings made by the artist, the late Sean Keating showing the progress of the work on the Dam of Ardnachrusha in the earlier part of the 20th century.

Turas Connacht: A contemporary treatment of the stations of the cross. Fergus imagined the story taking place in the present day and on the side of Croagh Patrick in Mayo, with the Christ in jeans and t-shirt. This series of 14 paintings are in the Arts council collection and form a touring exhibition. The 14 paintings were purchased by the Arts Council of Ireland and they have been continually exhibited in different venues, including the R.H.A. Gallagher galleries, since 1990.

Mountain Zen, An exhibition in the Waterford Arts Centre, Dungarvan. The show was based on revisiting the Comeragh Mountains, the landscape of Fergus’s childhood. Two large paintings from that show were acquired for the Waterford Civic Collection.

Force 12. This exhibition in Belmullet for Mayo County Council was part of Force 12, an Irish writer’s workshop with John F. Dean, Thomas Kinsella and many other famous Irish Writers.

SKY ON WATER in Kilcock Art Gallery in 2006
Sky on Water. Whether it is thoughts or sensations or achievements, they all seem to the artist Fergus Lyons, to have the transitory nature of the reflection of sky on water. An important aspect of these paintings was to give Fergus a chance to study and investigate and maybe understand a little of the ephemeral nature of life. The following is portion of a poem from “Sky on Water” catalogue.

October 2010 – Fergus Lyons at 60…” Memories, Dreams and Reflections “
The title of this exhibition is taken from an autobiographical book by Swiss psychologist Carl Jung. The paintings are narrative reflections and an intimate dialogue on canvas between the artist Fergus Lyons and the viewer, These new paintings by Fergus Lyons, explored the realm of imagination through landscape, dream and myth. A landscape, redolent with the dreams and imagination of others. Fergus lives and paints in the West of Ireland where, in place names, in natural features, and through time, Mythology and Legend have become part of landscape itself.

An Post Commission 2011: Set of 4 Irish Stamps on Myths & Legends of Ireland 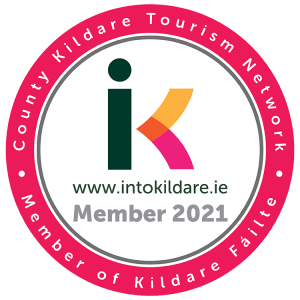